In May 2019 we were delighted to report that four Greens were elected to the new Dorset Council. 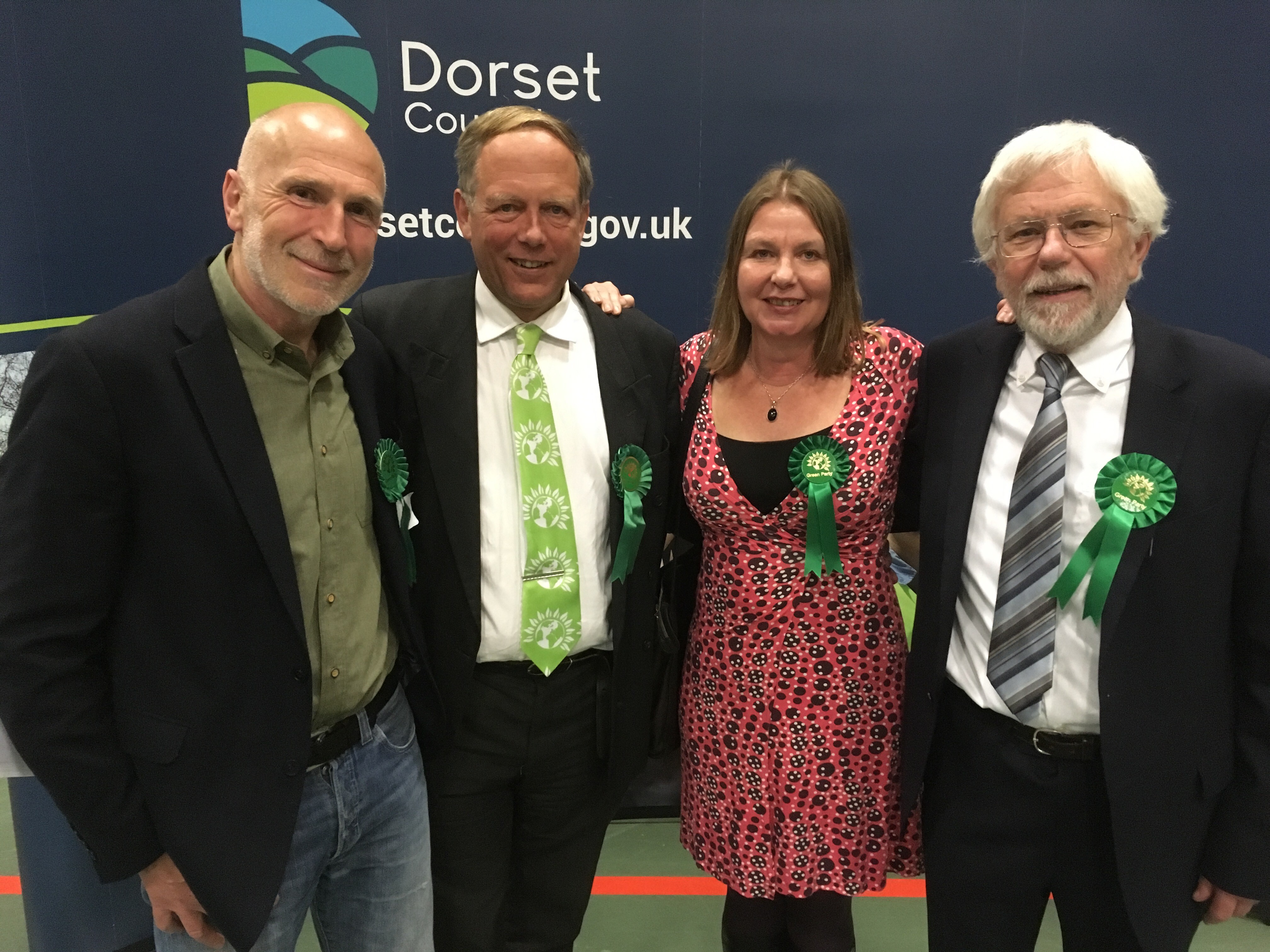 In Weymouth, Jon Orrell was re-elected in Melcombe Reigs with 63% of the vote. Turnout was 32%. At the count Jon said people were waking up to the threat being faced by the planet, all helped by recent national and international news stories about climate change.

In Chesil Bank with a relatively high turnout of 47%, Vaughan Jones won 503 votes but was pipped to the post by the Conservative Mark Roberts on 595 votes.

Overall, the Conservatives won 43 out of 82 seats in Dorset, the Lib Dems 29 seats, Greens 4, Independents 4 and Labour 2 so the Tories have a wafer thin majority.

All the results in Dorset can currently be found on the council webpage here: https://mapping.dorsetforyou.gov.uk/dorset-council-elections/2019/Results

Congratulations to Sara Harpley on getting elected to Portland Town Council!

There were yet more great results in the town council elections held on May 2nd 2019. In Bridport all four Green candidates - Karen Hunt, Ros Kayes, Julian Jones and Kelvin Clayton - were elected, and furthermore they topped the polls! There were 11 Lib Dems elected, 4 Greens, 2 Labour and 1 Conservative.

In Lyme Regis Rob Smith was elected to the Town Council for the Greens, joining Belinda Bawden.

In Weymouth Jon Orrell was elected to the brand new Weymouth town council in the ward of Melcombe Regis along with Tia Roos for Labour. Graham Lambert topped the poll in Weymouth East. A Green Party member for 30 years, here is Graham at the count with partner Jacki.

The Green Party nationally saw its best ever local election results in its 46 year history.  We went from 178 councillors to 362 councillors on 122 councils. You can find out more here: