The Dorset Green Party are currently helping in the campaign against the building of an industrial scale incinerator by Powerfuel Portland Ltd.

The site earmarked in Portland is by the sea on Balaclava Bay and would burn up to 202,000 tonnes of ‘Refuse Derived Fuel’ (RDF) a year.

The site has attracted substantial local controversy and opposition as evidenced by the petition submitted by the Stop Portland Waste Incinerator campaign (see https://stopportlandwasteincinerator.co.uk/).

At present, those in favour of the waste incinerator argue it will:

-  create 350 or so jobs during the construction phase

-  generate electric power from waste that would otherwise go to landfill

However, we believe these points are significantly outweighed by other considerations.

Here are some of them.

Our beautiful coast (apart from Weymouth and a little bit of Portland around this site) is recognised as a World Heritage Site – it contains internationally important historic geological features dating back around 185 million years.

This is not a local designation nor just a national or European one but a world designation.  It must exemplify,  "cultural and natural heritage around the world ...  that is ...considered to be of outstanding value to humanity. "

Weymouth and Portland depend hugely upon the tourist industry, and our single most important tourist attracting asset is that we are at the centre of the beautiful Jurassic Coast. 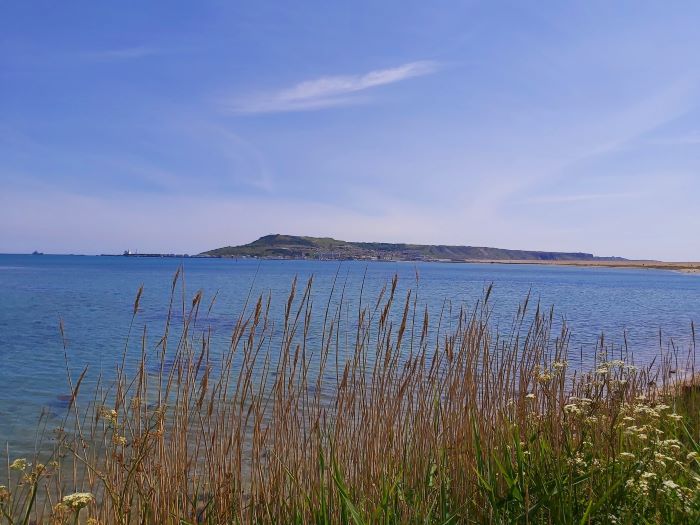 This site is of course not strictly within the designated area of the heritage coast, but it is prominently right in the middle of it, and a large industrial plant, with a plume producing chimney will significantly detract from the beauty of the Jurassic Coast landscape around it.

The landscape of the Jurassic Coast is of immediate importance to the residents of Rodwell and Wyke.  Many can see it from where they live, most value the time they spend on or by the sea next to that coast.  We should make it more beautiful, not diminish it with a huge industrial plant.

The application anticipates something around 80 HGV movements a day along Portland Road and then through Weymouth as a result of the incinerator.

Although the Environmental Statement as part of the planning application suggests that this will be mitigated by a one way system for HGVs in Weymouth, that plan is not yet in operation, and at present we would expect most of the 80 HGV movements a day to be along the A354 (Portland Road, Buxton road, Rodwell Road and Boot Hill) through residential parts of the Rodwell and Wyke Ward.  This route passes 4 schools, and goes through the Wyke Regis shopping centre.

There are already a considerable number of accidents along this route (1 fatal, 6 serious and 27 slight collisions reported to the Police in the last five years, see the online Dorset Road Traffic Collision map), and this increase in HGV traffic is likely to make the situation worse.

The route also goes along Boot Hill, which while not yet an Air Pollution Action Area, suffers extremely poor air quality, mostly caused by HGVs.  The addition of a further 80 vehicles a day will surely make this situation worse.

The broad conclusion submitted by the applicants within the Environmental statement is that all emissions will be below regulated limits and that effects on public health will be negligible.

We feel this assessment is complacent taking into account both substances the plant will be using and the inevitable accidents that come with big industrial plants.

It is what is left over from the waste stream once some portion of the recyclables have been removed.  It will inevitably sometimes contain noxious materials that have (probably illegally) been put into the waste stream when they should not have been, which will then be tipped into the furnace. There may well be unanticipated chemical reactions with other things in the waste.

The builders of a plant like this assume that there will continue to be a supply of waste derived fuel to burn in it for the life of the plant.

However, Dorset Council's Corporate Plan says that we should

If this succeeds it means the quantity of residual waste will diminish.  We should not approve a plant whose very raison d'etre depends upon the County of Dorset failing to achieve one of its policies.

There have also been suggestions in some of the information promoting this plant that the energy produced is in some sense renewable.  This is only partly so.

Much of the content of Refuse Derived Fuel is organic in origin – food, wood, paper, many textiles etc – and energy generated by burning these materials can reasonably be called renewable in just the same way as burning say wood pellets, though account has to be taken of energy used in the manufacture and transport of the fuel.

However Refuse Derived Fuel will also contain some combustible material whose origins lie in fossil fuels, primarily plastics that cannot be recycled or which have escaped recycling.  Burning this material is effectively like burning fossil fuels.

If you want to make your voice heard, please visit https://stopportlandwasteincinerator.co.uk for guidance on how to submit an objection.

THE DEADLINE IS THE 16TH NOVEMBER!

Would you like to get involved with our Campaign Team on the Portland Incinerator project? We’d love to hear from you, so please send us an email to dorsetgreenparty@gmail.com

Back to November 2020 Newsletter