The Green Party in West Dorset has been celebrating after winning the Lyme & Charmouth Dorset Council by-election on 7th April.

The by-election was triggered when the sitting Conservative councillor, Daryl Turner, resigned his seat to move away from the area. 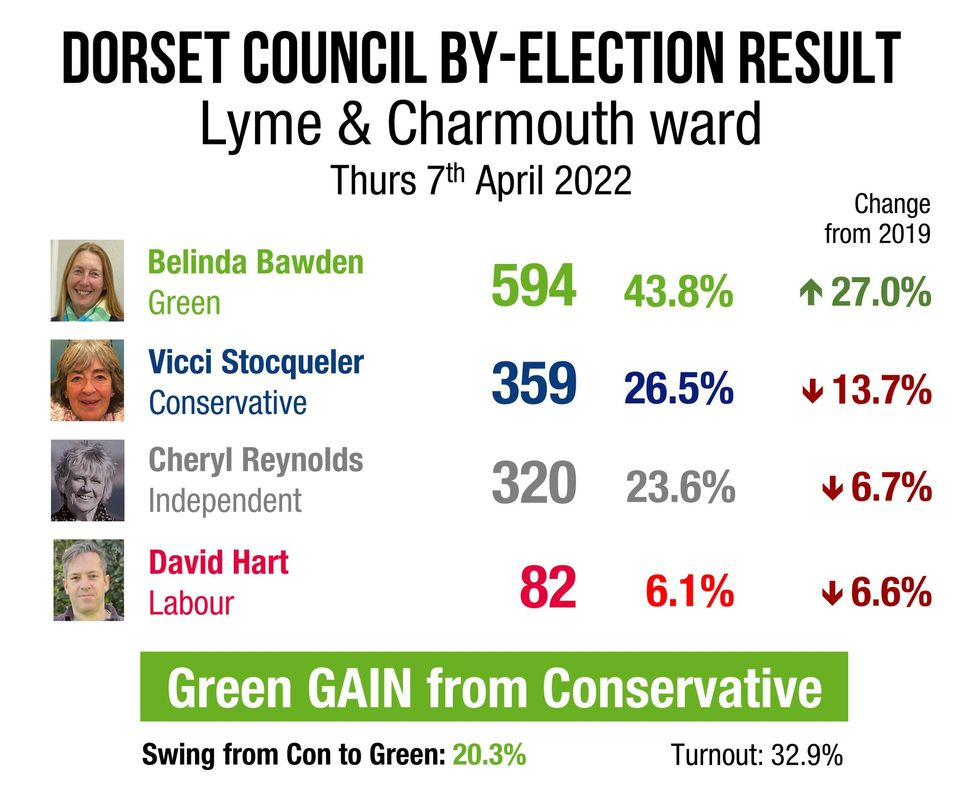 After the count, Belinda said she was “astonished, humbled and delighted” to have won and thanked everyone who had voted for her and the many people who had helped in the campaign. 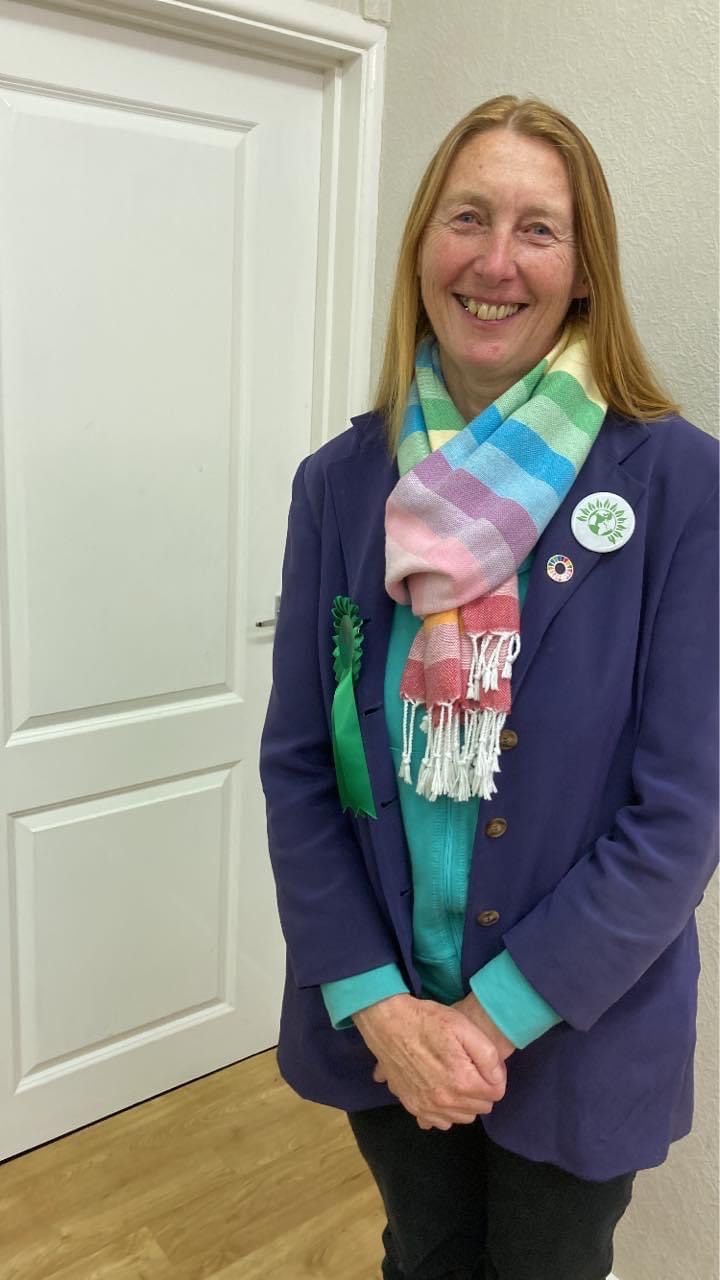 Belinda Bawden after the count at Woodmead Hall, Lyme Regis

Belinda said “I would like to thank everyone in Lyme Regis and Charmouth who voted for me. To those who didn’t, I undertake to work to earn your confidence and trust as your ward member.”

“I promise to listen to your ideas and work hard on your behalf on Dorset Council.“

“Thank you to my fantastic team – we had active support from people of every political persuasion and none, including several people who have never voted before.”

"I’m so proud to be joining the four hard-working Green Party councillors on Dorset Council to work together to improve everyone’s experience of living and working in Dorset.  I’d like to pay tribute to Daryl Turner for his strong, loyal representation of the residents of Lyme and Charmouth and to thank him for his personal encouragement."

Campaign manager, Richard Edwards, said "We were a bit surprised by the scale of the win but not so much by the result because it reflects exactly what we were being told on the doorstep. People liked our positive campaign, were impressed by the track record of our candidate, and generally had a favourable impression of the Green Party. It bodes well for us in the future.”

The turnout was down on 2019 from 45% to 33% which shows that a lot of Conservative voters stayed at home, no doubt disillusioned by what they have seen from the Conservative leadership over recent months.

The result received a lot of interest on social media including by Green MP Caroline Lucas who congratulated the party on winning its fifth Dorset Councillor. 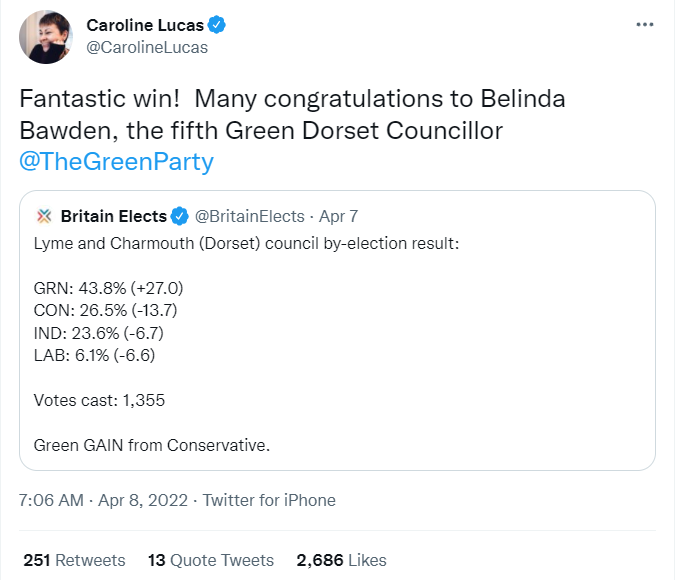 The result means that the Conservative majority on Dorset Council has been reduced to four. In December their majority went up to six after a Lib Dem councillor in Corfe Mullen recently defected to the Tories.